Once upon a time, many of us had mothers and grandmothers who baked from scratch with old family recipes…and who not only greeted us after school with hugs and kisses, but fresh-baked cakes, brownies, or cookies that were warm, gooey and oh-so-yummy.  And, then there were those unforgettable Sunday family dinners, complete with homemade bread or biscuits and desserts that had us smacking lips and licking our fingers!

Most moms work, and baking from scratch is just one of those domestic activities that doesn’t fit into today’s hectic schedule. Yet, we all recognize that there is no substitute for baking just like mom’s!

So, Bev O’Hara has come to the rescue with Just Like Mom’s, a self-serve bakery cottage (and great rest-stop), in Union Bay.  It’s perched up on the hill and easily accessed by turning onto Muschamp Road off 19A—approximately 4km north of the Denman Ferry terminal at Buckley Bay (near the highway rest stop). 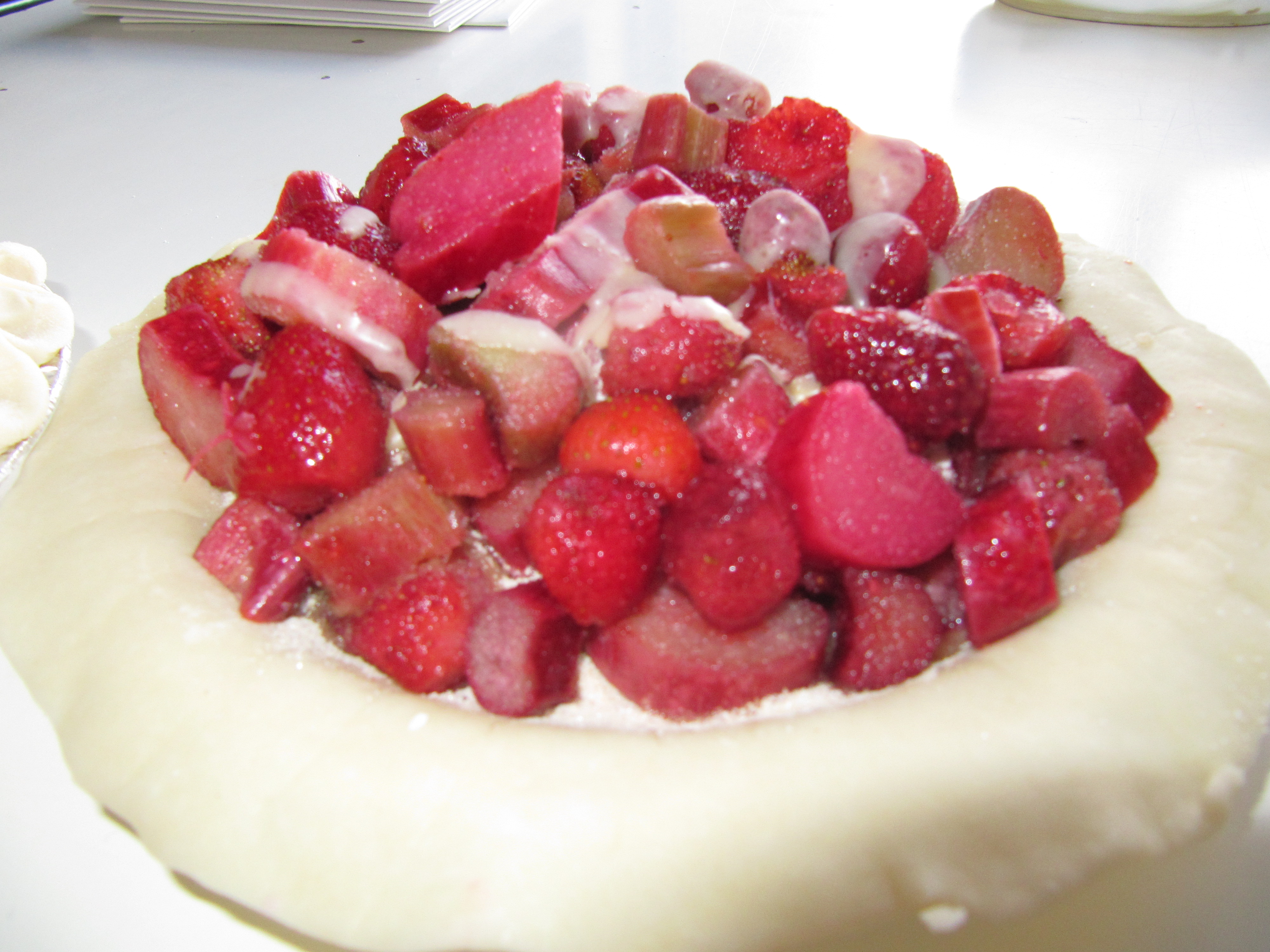 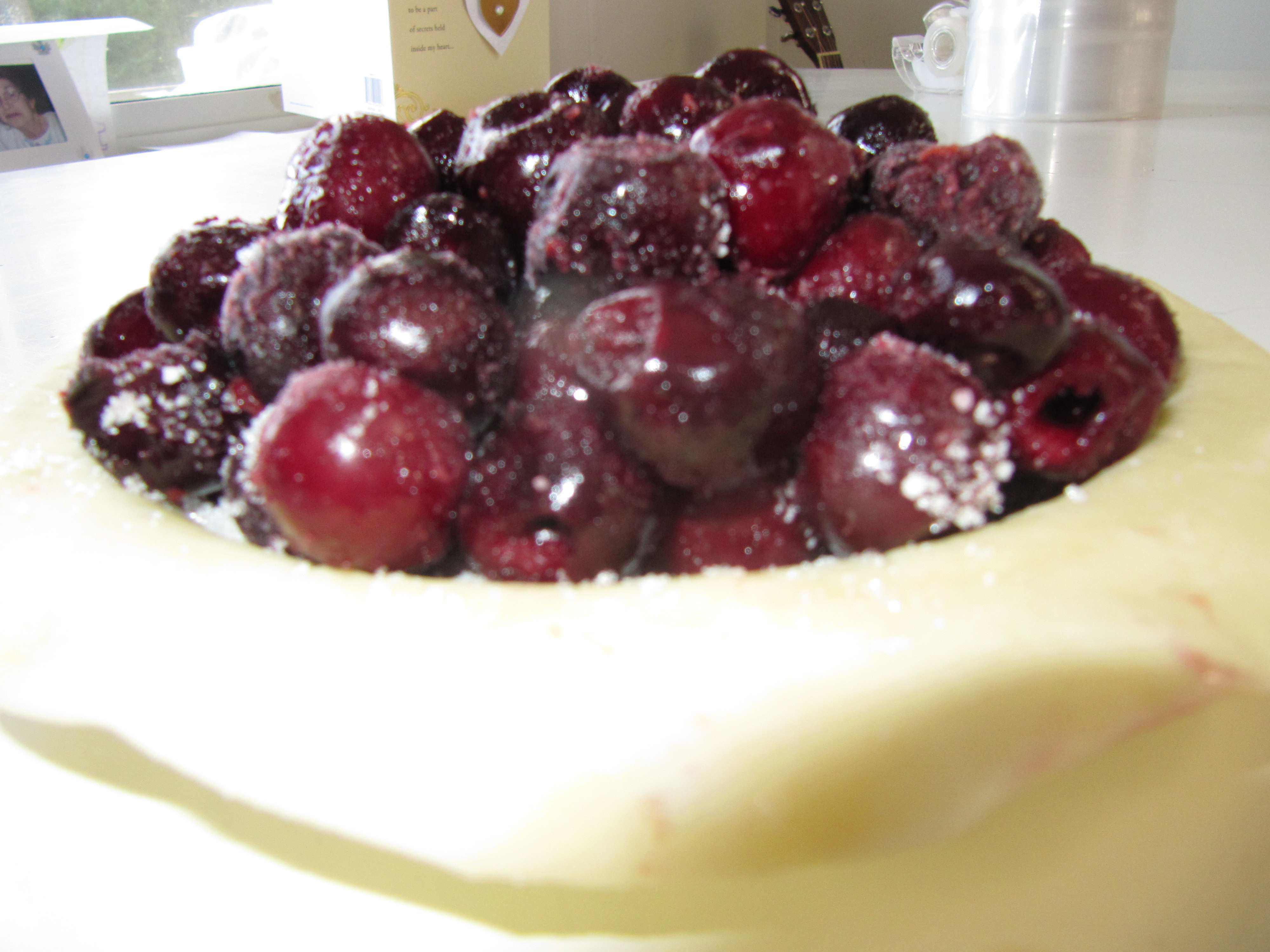 Bev is one baking mama, using old family recipes with her own modern twist. Her menu changes often, and seasonal goodies are added, so check it out often and let her know if you have any special requests.

In addition to mouth-watering baked goods—breads, buns, pies (7 kinds of fruit pies), cookies, and so much more—Just Like Mom’s offers homemade jams, soups, and various other homemade goodies.

And, you can get your Farm-Fresh Eggs at Just Like Mom’s self-serve Bakery Cottage…and if you time it right, Franc (Baking Mama’s other half) will serenade you with some great guitar tunes.

Just Like Mom’s is the perfect place to stop when you’re heading along the coast  for a pick-you-up when you stretch your legs or rest from your journey.

Read about the Baking Mama. We are in the news! Read about our April 2013 Vancouver Island Beyond Victoria! Also, April 2010 InFocus Magazine article, and our August 2010 Business Examiner article.

Whether you want a one-time delivery for a special occasion or a recurring delivery (great for offices so everyone can nibble on homemade goodies at work, during meetings, or for parties or picnics…. or just to take some home to share with their families without stopping at a store), Just Like Mom’s has what you need. Just stop in the Bakery Cottage or call regarding special orders and delivery.

When Bev puts on her apron each day, she thinks about family and acknowledges the “kitchen angels” who are watching over her.

You see, Bev’s interest in baking and cooking, along with her entrepreneurial spirit, are probably in the genes.

Her grandmother (Annie Funk from Lucky Lake, Saskatchewan) had 11 children and was widowed at an early age when Bev’s mother (Lucille Larter from Kyle, Saskatchewan) was only 4 years old with one younger sibling.   To support the large family and to supplement her income, Annie took in laundry and did home baking for people in Lucky Lake.

After Annie passed away, a lightbulb went off for Lucille and the other siblings, who were often asked for their mother’s family recipes.  They decided to create a cookbook as a memorial tribute to their mother.

As a matter of fact, the book was so popular in the community and other small towns, there was a second printing –with many people buying more than one to give their own children as a treasured keepsake.

Bev, of course, has a copy of the book and has referenced it numerous times during her 20+-year career in food service—working for resorts, restaurants, and caterers for many years.

But, cooking for others was not enough.  Bev had the itch to own her own business.

In  2007 , she and a partner started Steam Weaver Coffees, a mobile specialty-coffee shop that has been a popular stop at many Vancouver Island special events, including the  Vancouver Island MusicFest, Nautical Days and The Big Time Out.

Seeing the popularity of some of the baked goods offered at Steam Weaver, a lightbulb went off for Bev, too.   In December, 2009, Bev built her commercial bakery in Union Bay and opened Just Like Mom’s.

Before she could even get business cards or labels printed, she started getting orders from local cafés and markets as soon as the owners of those establishments tasted samples.

Bev also has a dream of doing her own cookbook when she’s not so busy baking. And, you can bet she’ll feature some of her family’s recipes, along with her mom’s beautiful artwork in it, just as she has one of Lucille’s paintings proudly displayed at Just Like Mom’s.